Social Accountability Leading to the Enactment and the Implementation of the
​ National Health Act in Nigeria: The Role of Civil Society Coalitions

Dr. Aminu Magashi Garba
AHBN, Nigeria
BACKGROUND
In Nigeria, the Government’s commitments to Universal Health Coverage resulted in the passage of the National Health Bill and its signature into law in 2014. Throughout the development and adoption processes, civil society, professional bodies and media as well as the Health Sector Reform Coalition (HSRC) have been unceasingly advocating for the passage of the bill in to law.

This case study focuses on the advocacy efforts, prior to and after the passage in to law of the National Health Act (NHA). To carry out this case study, key informants have been interviewed as well as review of documents and secondary analysis has been done.
​
The Health Sector Reform Coalition (HSRC) was established in 2011, explicitly to promote the passage of the National Health Act. Prior to that, numerous voices had taken a stand in favour of Universal Health Coverage/Care(UHC) but there was a need for harmonization. Therefore, the platform’s advocacy goal was very clear since the start. It has about 35 organisations and has representatives of almost all states of the federation. 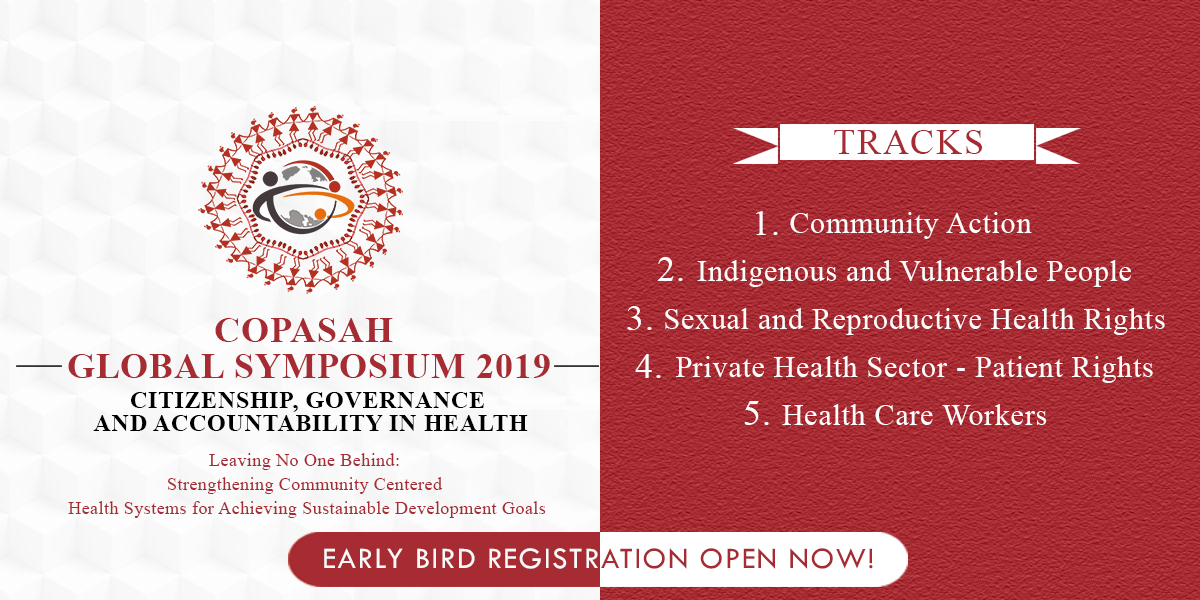 ACTIONS
​
a)Advocacy activities for the passage of the National Health Bill/Act : Advocacy activities have been undertaken at both national and federal levels. They first aimed at pushing for the passage of the National Health Bill, then for the assent and the gazetting of the Act. More recently, activities moved towards ensuring the fulfillment of the government’s commitments through the implementation of the Basic Health Care Provision Fund which the Act provided the legal framework for its implementation via the commitment of at least 1% of the government total consolidated revenue yearly from its annual budget. Various advocacy actions have been undertaken, ranging from influencing individuals, organising public meetings and public hearings, directly protesting and using the media (publications in newspapers). Different target audience were influenced to pass the bill: first key members of the senate and the House of Representatives, then more broadly all Nigerian health and civil society stakeholders (in particular traditional and religious leaders), and finally policy makers, including the Presidency. Internationally acclaimed leaders, but also national “Champions” were mobilised for the cause.

b) Coordination with other platforms: The HSRC collaborated with “Accountability for MNCH in Nigeria”, by convening meetings and seminars as well as mobilising peaceful rallies to the national assembly to push for the final passage of the NHA. This collaboration was valued as it brought together two complementary platforms with different constituencies. The Coalition is the convener of the Nigeria Civil Society Working Group for the Global Financing Facility (GFF) which is now working with National Advocates for Health advocating for the Basic Health Care Provision Fund implementation.

The Basic Health Care Provision Fund (BHCPF) aims to extend Primary Health Care (PHC) to all Nigerians by substantially increasing the level of financial resources to PHC services. The Act provides that at least 1% of the federal consolidated revenue should be allocated to BHCPF. In 2018 the 1% is equivalent to N55.15b (USD 160m)  allocated as a Health Capital Expenditure not a statutory transfer as the Act proposed.

IMPACT
The passage and assent of the National Health Bill in 2014 led to building a momentum for the development of the operational guideline for the implementation of the BHCPF and for development of the accountability framework via annual performance scorecard that measures progress and gaps.

CHALLENGES
Limited funding for advocacy and promoting accountability and transparency remains a significant challenge. Another challenge is the difficulty to raise and maintain members’ interest and commitment.
​
KEY RECOMMENDATIONS
About the author:

Dr Aminu Magashi Garba is the Coordinator of Africa Health Budget Network (AHBN), Nigeria. He can be reached at gamagashi@gmail.com