Need to Integrate HIV and TB Programmes in Zimbabwe

Looking at Zimbabwe's challenges in eliminating tuberculosis (TB), health experts are calling for greater integration of the Human Immunodeficiency Virus (HIV) and TB programmes within the country's healthcare system. UNAIDS country director Michael Bartos says, “Tremendous progress has been made in minimising the spread of HIV while the TB program has been relatively weak.”

Strengthen Coordination Systems
At a recent workshop, Bartos highlighted the urgent need to strengthen coordination between the health systems of HIV, TB and malaria respectively. The workshop with Zimbabwe's civil society organisations was organised by Acquired Immuno Deficiency Syndrome (AIDS) Accountability International, Southern Africa AIDS Trust and Zimbabwe AIDS network. “As civil society, we need to enhance HIV mobilisation to support TB, as mobilisation is quite weak in communities where it matters. The issue of lack of resources also needs to be addressed to eliminate  the spread of TB,” pointed Bartos.

Senior researcher, Dr Gemma Oberth of AIDS Accountability International added, “The top priority is creating a coordinating mechanism for HIV and TB.  HIV coordinating structures are disproportionately strong in comparison to the civil society networks built around tackling of TB.” Representatives of HIV groups created a priorities charter at the workshop, stressing upon an ‘advocacy road map’ for the Global Fund to fight AIDS, TB and malaria. Identified priorities included prevention, treatment, advocacy, care and support, mitigation and stigma reduction.

Increase in New TB Cases
A WHO-commissioned research project ranks Zimbabwe 17th among the 22 countries in the world worst-affected by TB. Victoria James, Director of New Dimension Consulting which conducted the research, brought out the trend of growth in the disease saying, “The estimated incidence of new TB cases was 633 per 100,000 in 2010 as compared to 97 per 100,000 in 1990."

She said, “75 percent of adult TB cases are reported to be co-infected with HIV. The rate of HIV testing in TB is  97 percent.” She expressed concern that over the very low treatment rates and  exhorted the civil society to take on a more active role in addressing the issue. 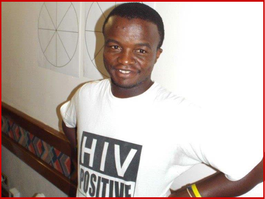 Challenges in Health System
Dr Charles Sandy, deputy director of the AIDS and TB programmes at the Ministry of Health and Child Care said, “TB is managed through the routine health system. Despite collaborating with local and international partners, we are facing paucity of resources."

Although some progress had been made in addressing the disease. Dr Sandy said, “we are  dependent on the healthcare delivery system which faces issues such as lack of motivation among health workers, low community awareness on TB and a resource-crunch.” He pointed that the government is working with civil society organisations through the Country Coordinating Mechanism and he also invited NGOs to offer suggestions regarding  how to increase their involvement.

Wallace Mawire is a Freelance Writer and award winning photojournalist based in Zimbabwe and regularly writes on health and development issues. He is also a key Correspondent for the Key Correspondents Programme supported by the International HIV/AIDS Alliance.

To know more about the work done by Key Correspondents, please CLICK HERE.