Social Audit of Ante-Natal Care Services among of Roma Women in
Macedonia
The social audit initiative of Association for Emancipation, Solidarity and Equality of Women (ESE), in association with KHAM and CDRIM, partner organizations, have worked on the issues of immunization of Roma children in Macedonia. This has led women to question the health service providers about the insufficient coverage of the Roma community in immunisation. This article provides details of the social audit tool used to demand accountability  pf public  nurses to provide ante-natal care to Roma women. 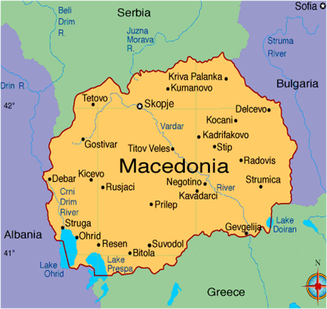 The journey so far
Two organisations, KHAM and CDRIM with technical assistance from ESE initiated social audit work on the issue of immunization of Roma children, after holding training workshop for social audit in September 2013. After the training workshop, KHAM and CDRIM in a process facilitated by ESE made a plan for social audit, wherein it was decided that the patronage (community) nurse’s visits to Roma women will be audited in the process. The patronage nurses are required to fill diaries on daily basis in which they record the visits made to the families/women and the purpose of the visit. It was thus proposed that copies of the diaries of the nurses will be obtained and the information on records of these diaries will be cross-checked with the Roma families/women visited by the nurse, to confirm whether they were really visited by the nurse. Besides, the aim of the initiative was to assess the satisfaction level of women and families regarding the services provided by the nurse during the visit.

For the purpose, requests were made to access public information i.e. to obtain copies of the nurse’s diaries from Primary Health Care centers (PHCCs). The first obstacle encountered was the negative response one got from all the PHCCs. Copies of the diaries were not provided from the PHCCs as it was outlined that the diaries hold personal data about the patients/beneficiaries of patronage nurse’s services. Following this crisis the partner organizations arranged meetings with the representatives from Primary Health Care Centers and explained to them the purpose of the data collection and assured that information will not be misused.  Since the representatives were on managerial positions, the strategy was to explain to them that this will also be for their benefit, as it will provide direct insights  on the  work of patronage nurse’s, whether they  are conducting their work as it is stated in the diaries. This approach worked for the Primary Health Care Centers from the municipalities where KHAM works. The PHCC representatives   gave the copies of the nurse’s diaries to the representatives of KHAM. The team from CDRIM firstly obtained the documents which had the information that gynecologists send to the Primary Health Care Center. This information on each pregnant woman registered with the municipality of Shuto Orizari, the patronage nurses were required to visit these women during pregnancy were details that added vital insights. These details were significant as experiences from the community work done so far suggested that patronage nurses very rarely visited women during pregnancy.

Conducting the audit and its use in advocacy

After the copies of the diaries were obtained, the representatives of KHAM went to the community and asked the women whether they were visited by the patronage nurses as was stated in the diaries. They were also asked whether sufficient number of visits were conducted according to the Program for Active Health Care of Mothers and Children (nine visits in the period during pregnancy and one year after the delivery). The social audit revealed that there is a mismatch between the data written in the nurse’s diaries and the reality in the field, as some of the visits stated in the diaries were not made at all. None of the Roma women included in the audit process were visited nine times as prescribed in the Program. After the findings from the audit, KHAM organized a public event inviting the patronage nurses and the head of the departments and Roma community including women who were included in the audit. On the public event the findings from the audit were presented and the Roma women directly asked the service providers as to why they are not visited nine times as given in the Program. In the public event the nurses and the head of the departments promised that the situation will be improved. So far, only a small progress has been made on this issue. Roma women continue to have insufficient coverage from the patronage nurses.

Plans for expanding the social audit

The organizations are in the process of expanding the social accountability work on the issue of coverage of Roma women with preventive gynecological services provided by the Program for early detection of malignant diseases – component for screening for cervical cancer. Currently community inquiry is being conducted on this issue, and the social audit work will be carried out by next year.

Dr. Borjan Pavlovski is a medical doctor and has done his Masters of Public Health, at the Medical faculty in Skopje, Republic of Macedonia.  Dr. Pavlovski is the Program coordinator of Public health with Association for Emancipation, Solidarity and Equality of Women (ESE) in Macedonia – ESE. His interests include public health, especially focused on improvement of health status, health rights and access to health care services of marginalised groups of population, including Roma minority, especially women. Dr. Pavlovski also works for the improvement of transparency and accountability of the Government, especially in the health care sector.

To know more about the work of ESE visit  www.esem.org.mk and www.healthrights.mk